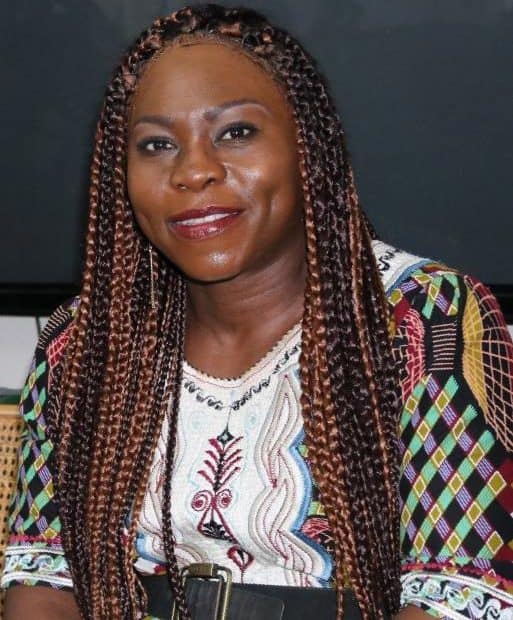 AIDO WELCOMES CAMEROON ON BOARD* Meet AIDO Country Representative (CR) Cameroon, Her Majesty, Queen Genevieve Mezoh Taka, the wife of the King of Muwah – Pinyin, Cameroon She is an Associate Lecturer and final year PhD student in Chemical Pathology, Medical School at the University of the Witwaterstrand SA. HRM is also a Biomedical researcher within the field of HIV research, with focus on cardiovascular diseases in the HIV-infected population.

She is also involved in development of diagnostic tests for communicable and non-communicable diseases. She is a Member of the International Network for Governmental Science Advise (INGSA), she is a member of Golden Key Honours Society, a member and fellow of The Organization for Women in Science for the Developing World (OWSD).

Her Majesty played a role in Spearheading the establishment of an OWSD Chapter in Cameroon to which she now serves on the Executive board as an Advisor.

Her Majesty is the wife of His Royal Majesty King Taka, the King of Muwah- Pinyin in Cameroon. Both of them are strong supporters of Aido’ model and are part of the Aidoers in advancing the mission of Aido for the continent.

This website uses cookies to improve your experience while you navigate through the website. Out of these, the cookies that are categorized as necessary are stored on your browser as they are essential for the working of basic functionalities of the website. We also use third-party cookies that help us analyze and understand how you use this website. These cookies will be stored in your browser only with your consent. You also have the option to opt-out of these cookies. But opting out of some of these cookies may affect your browsing experience.
Necessary Always Enabled

Performance cookies are used to understand and analyze the key performance indexes of the website which helps in delivering a better user experience for the visitors.

Analytical cookies are used to understand how visitors interact with the website. These cookies help provide information on metrics the number of visitors, bounce rate, traffic source, etc.

Advertisement cookies are used to provide visitors with relevant ads and marketing campaigns. These cookies track visitors across websites and collect information to provide customized ads.

Other uncategorized cookies are those that are being analyzed and have not been classified into a category as yet.