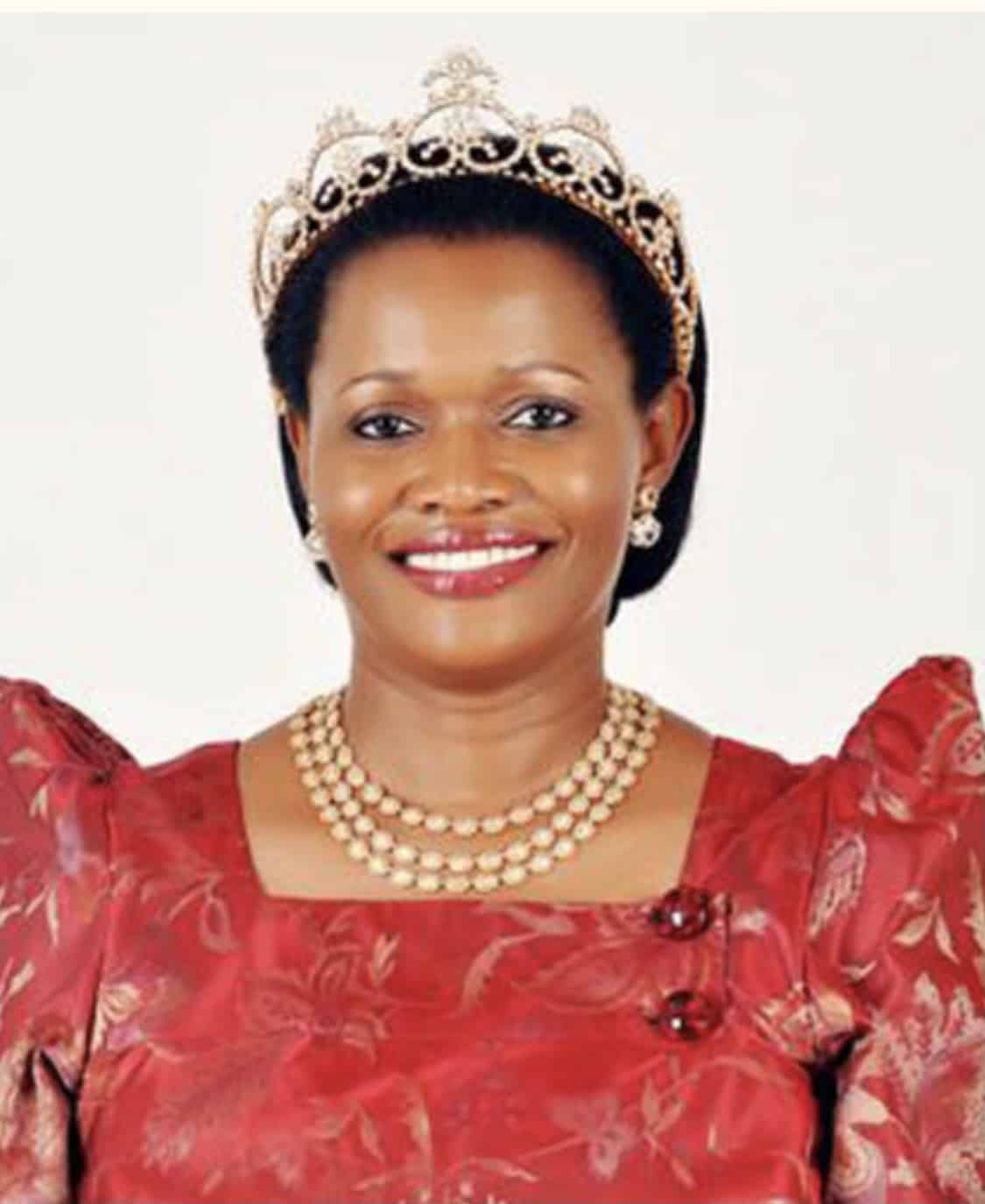 Her Royal Highness the Nnabagereka of Buganda, in Uganda, is Queen consort of the King of Buganda. She is married to Kabaka (King) Ronald Muwenda Mutebi II.

In 2000, she founded the Nnabagereka Development Foundation to promote her work as a pioneering champion in the empowerment of children, youth and women as well as her advocacy work using culture as a tool for human development.

In 2018, She introduced the ‘Obuntubulamu’ approach [Ubuntu] in her programmes, which went on to be piloted into school curricula in Uganda. Obuntubulamu is an accepted and consistent behaviour that signifies a shared set of values, which promote well-being, togetherness and unity.

She runs a Cultural Coaching program also known as ‘Ekisaakate kya Nnabagereka‘, both in Uganda and in the Diaspora, to mentor and prepare children to be patriotic to their country, culture, tradition, and to be selfless in regard to respecting the culture and traditions of other people. The programme which also runs Sexual Heath workshops has benefited over 13,000 young people of which 67% are girls.

Her Royal Highness has been recognised as a Goodwill Ambassador of the United Nations Population Fund in Uganda; a Torch Bearer for the Millennium Development Goals (MDG3); an Ambassador for Mama Club (an organisation for mothers living with HIV/AIDS), and a champion in the Campaign to End Paediatric HIV/AIDS in Uganda. She is also a patron of Hospice Africa Uganda, ChildFund International (Uganda), Female Sponsorship Foundation Makerere University Uganda, Special Olympics Uganda, and Programme for Accessible Health Communication and Education, Conservation through Public Health, and the Buganda Tourism Board.