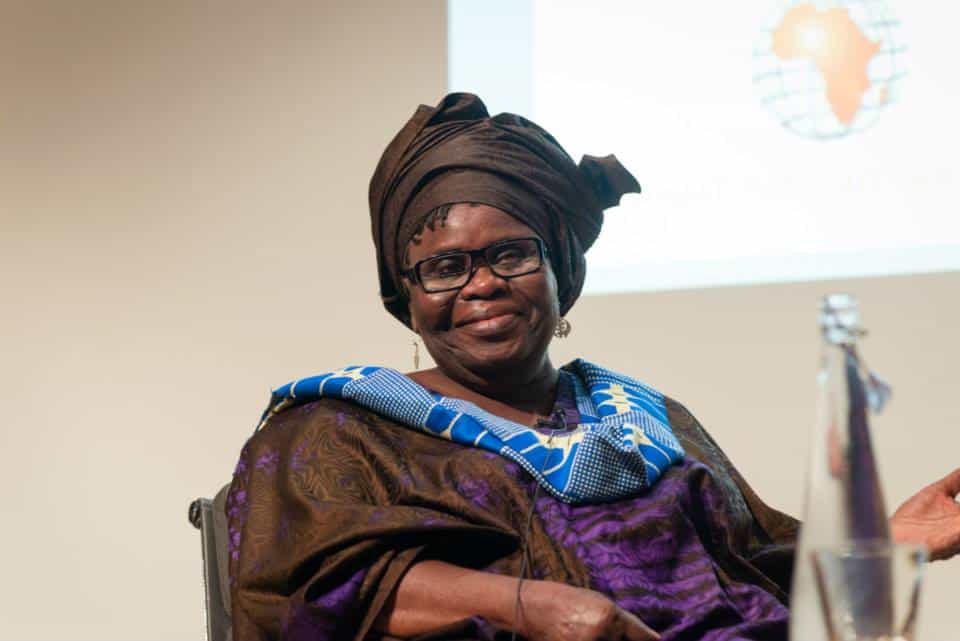 Ama Ata Aidoo is a Ghanaian author, poet, playwright and academic.  Her skill with storytelling, oral and written is owed to the influence of her mother,  village storyteller and some of her teachers. She studied literature at the University of Ghana and became a university lecturer.

She produced her first play, ‘The Dilemma of a Ghost‘,  in 1964,  and in 1970 went to produce Anowa, with both plays focused on the legacy of slavery.

In 1982, she was appointed Minister of Education, a post she resigned form after 18 years because she her campaign to make  education in Ghana freely accessible to all was unsuccessful.

Aidoo moved to Zimbabwe to become a full-time writer and went on to become the founding patron of the Etisalat Prize for Literature. Her debut novels include  Our Sister Killjoy and  Reflections from a Black-eyed Squint.

She has won many literary awards including the 1992 Commonwealth Writers Prize for Best Book (Africa) for her novel Changes, and The Aidoo-Snyder book prize, awarded by the Women’s Caucus of the African Studies Association, for an outstanding book published by a woman that prioritises African women’s experiences.

In 2000, she established the Mbaasem Foundation to promote and support the development and sustainability of African women writers. She also served as a research fellow at the Institute of African Studies, University of Ghana, and as a lecturer and eventually as a professor in English at the University of Cape Coast.

In 2017, the Ama Ata Aidoo Centre for Creative Writing (Aidoo Centre), the first centre of its kind in West Africa, was launched and named in her honour.